Countdown to Coverage: Lack of Awareness Still a Huge Obstacle

With just days left until the end of open enrollment in the Health Insurance Marketplace, Texas still has a long way to go to get eligible Texans enrolled in affordable health coverage. According to a report by the Kaiser Family Foundation, at the end of the 2014 open enrollment period only 24 percent of potential Marketplace enrollees from Texas had selected a plan (733,757 individuals). Based on the most recent enrollment data, as of January 16 of this year, 918,890 Texans enrolled in a health plan for 2015. However, only 44 percent of those are new enrollees, the rest are renewing or have selected a different Marketplace plan.

Why aren’t more people signing up?

Kaiser recently released findings from a survey conducted last fall which explores why uninsured adults remained uninsured in 2014. The primary reason people gave for not having coverage is the cost, but most were unaware that they may be eligible for free or low-cost coverage through the Marketplace or Medicaid. Most of the people surveyed did not seek Marketplace coverage last open enrollment, but many who did try reported that they had been told they were ineligible for reduced costs. However, of those, about 49 percent appeared to be eligible at the time of the interview.

Only about half of uninsured adults planned to seek coverage in 2015 (with only 12 percent planning to seek coverage from the Marketplace or Medicaid). These results indicate a lack of awareness of both new coverage options and financial assistance.

How to Get Help

Many more Texans are eligible to purchase coverage through the Marketplace, but confusion about eligibility has proven to be a sticking point for prospective applicants. And concerns about cost show that most people do not realize that 84 percent of Texans who enrolled for 2014 received financial assistance, and their average monthly premium was just $72.

Our state agencies have not been partners in helping get the word out about the Affordable Care Act (ACA) and the financial assistance available to Texans. Moreover, the number of people who believe they are ineligible for coverage shows a need to bolster ongoing efforts to provide accurate and clear information about health coverage available through the ACA. Finally, in-person assistance is proven to be incredibly effective. During the first enrollment period, people who received assistance were twice as likely to enroll successfully.

If you, or someone you know, has questions about their coverage options, in-person application and enrollment help is available from local enrollment helpers. You can find out more about in-person assistance resources in this recent blog post.

The deadline for enrolling in Marketplace coverage is February 15, 2015 so there’s no time to waste. 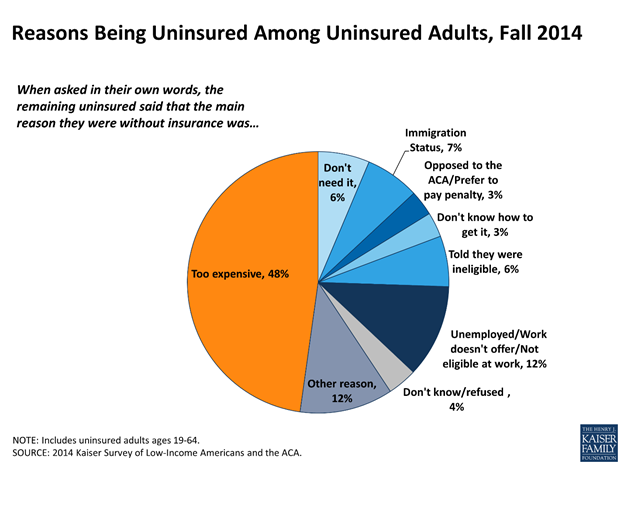