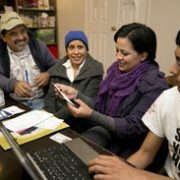 This commentary originally appeared in the Austin American-Statesman. A lot of Texans know a good thing when they see it. With less than two weeks to go until the Feb. 15 deadline, 1 million already have chosen a health care plan under the Affordable Care Act. Many Texans who have signed up are grateful for their health plans and have the stories

Countdown to Coverage: Lack of Awareness Still a Huge Obstacle

With just days left until the end of open enrollment in the Health Insurance Marketplace, Texas still has a long way to go to get eligible Texans enrolled in affordable health coverage. According to a report by the Kaiser Family Foundation, at the end of the 2014 open enrollment period only 24 percent of potential Marketplace enrollees from Texas had 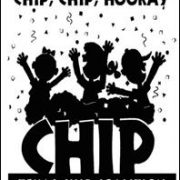 You are invited to join the Texas CHIP Coalition for a presentation and Q&A session on its 2015 Legislative Principles! Please come enjoy Tiff’s cookies, Starbucks coffee and a few healthy treats, too…… When: Friday, January 23, 2015 Refreshments at 12:45 p.m.; Program 1:00-3:15 p.m. Where: Legislative Conference Center (E 2.002) Who: All 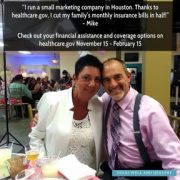 We are entering the homestretch of the 2015 open enrollment period for the Health Insurance Marketplace under the Affordable Care Act, and it’s time for that final kick to get us over the finish line. Last year’s open enrollment in Texas saw a huge spike in enrollment in the final month, so there is still time for Texans to sign up for health insurance.

Where Does Medicaid Expansion Stand as the Legislative Session Gets Going? 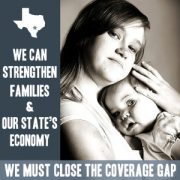 As the 2015 legislative session gets going, one of the most important questions facing state leaders is whether they will expand Medicaid or develop an alternative Texas plan to accept the state’s share of new federal health  care funding and close the Coverage Gap for workers with no insurance options. Governor Abbott hasn’t abandoned his campaign 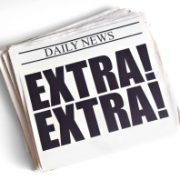 January update: The Corpus Christi Caller-Times, Longview News-Journal, and Waco Tribune have now called for a solution as well. In just the last few weeks, there’s been a flood of editorials calling on state leaders to accept our share of new Medicaid funding to close the coverage gap. Over a million Texans don’t get insurance at work and

NO Penalties for Texans in the Coverage Gap who are Uninsured

We told you in a recent post that over half of Americans without health coverage don’t know there is financial help available (discounted premiums, deductibles, co-pays)—even though nearly 9 in 10 enrollees last year got that help! Getting the word out can be tough. Many Texans are eligible for financial help, but a large number are stuck in the 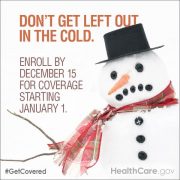 We’re down to the wire if you need new health insurance to start on January 1, 2015. Today, December 15, is the final day to enroll if you need insurance coverage to start at the beginning of the year. If you are not ready to sign up today, you still have until February 15 to get 2015 coverage. Here’s what you need to do today to get the best plan

Flood of Editorials Calling on Lege to Close Coverage Gap

In just the last few weeks, there’s been a flood of editorials calling on state leaders to accept our share of new Medicaid funding to close the coverage gap. Over a million Texans don’t get insurance at work and don’t have incomes high enough to qualify for financial assistance on healthcare.gov. Texas leaders have not accepted the Medicaid

A lot happened under the radar last week in the debate about Texas developing an alternative to Medicaid expansion. Let’s take a look:   – The Texas Association of Business released its new legislative priorities, including: “Medicaid expansion. Support a private insurance model that includes copays and a sliding scale in order to reduce